Behind Bars: Billionaires In Prison

On January 23, former billionaire John Kapoor, the founder of fentanyl manufacturer, Insys, got sentenced to 5.5 years in the slammer when he was found guilty of bribing doctors to prescribe his fentanyl to people who didn’t need it. A week earlier, billionaire Jaime Botín was reportedly sentenced to 18 months in prison for attempting to smuggle a Picasso out of Spain on his superyacht. While there are reports that Botín might not serve time because it’s his first offense, Kapoor is likely to go to jail. When he does, he certainly won’t be the first—or last—billionaire to spend time behind bars. Whether in a supermax prison in Colorado or at a Russian labor camp, at least a dozen billionaires and former billionaires have done their time—or at least some of it—behind bars. A handful of others fled to avoid that fate.

Of the 10 tycoons listed below, four, including Thomas Kwok and Michael Milken, have held onto their fortunes, while five others including Raj Rajaratnam and Allen Stanford had to forfeit their riches. Stanford and Joaquín Guzmán Loera are still imprisoned. All net worths are as of January 23, 2020.

In 2009, Stanford was indicted for running a $7 billion ponzi scheme through the Stanford International Bank in Antigua, where he is a citizen, and was denied bail. He is the second largest ponzi-schemer after Bernie Madoff. In 2012, Stanford was sentenced to 110 years behind bars for wire and mail fraud, obstruction of an investigation and conspiracy to commit money laundering. He was required to pay a personal money judgement of $5.9 billion, some of which was intended to go to victims of his crimes.

Net Worth: Khodorkovsky dropped off the Billionaires list in 2006

Lebedev dropped off in 2005

Once the richest man in Russia and, at $15 billion the 16th richest person in the world in 2004, Khodorkovsky became his country’s most famous prisoner when he and his business partner, Platon Lebedev, were arrested for tax evasion in 2003. He lost his oil and gas company Yukos and received a 13-year prison sentence in a controversial trial that Khodorkovsky says was manipulated by Russian President Vladimir Putin. As part of his sentence, Khodorkovsky was sent to a labor camp in southeast Russia where he wrote a three-part essay on political and social responsibility called https://www.forbes.com/sites/katyasoldak/2012/02/24/the-famous-russian-prisoner-mikhail-khodorkovsky-encourages-russians-to-avoid-civil-war/#79e2df63315 1″>Left Turn. The partners were supposed to be released in 2011, but were re-convicted on embezzlement and money laundering charges, which tacked on six more years to their sentences. On December 19, 2013, Khodorkovsky was released from prison on a pardon from Putin because of his mother’s health. Lebedev was released a month later. 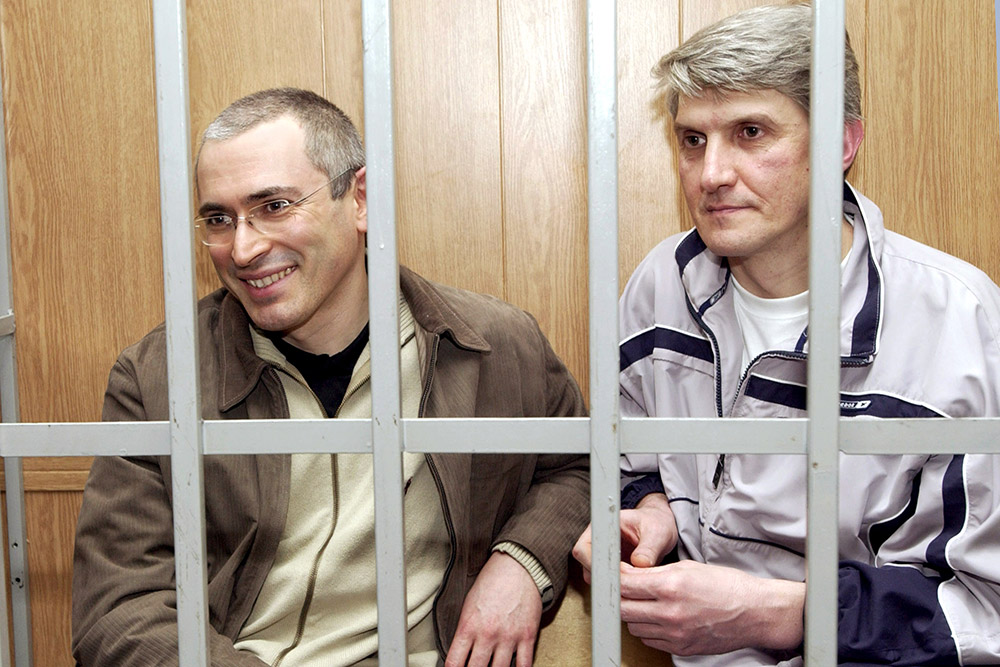 Sri Lanka-born Rajaratnam became a billionaire as the founder of the Galleon Group, a hedge fund firm in New York. In 2009, the FBI arrested him for insider trading, and a jury found him guilty of 14 counts of fraud and conspiracy. In 2011, he was sentenced to 11 years in prison, ordered to give up more than $50 million and pay a fine of $10 million. He was apparently released early in July 2019, reportedly thanks to the First Step Act, which Kim Kardashian, among others, pushed President Trump to sign. The law offers early release to nonviolent offenders who are over 60 years old or are terminally ill. Now 62, Rajaratnam is reported to be diabetic and living in New York City under supervised release.

The former co-chairman of Sun Hung Kai Properties, a $43 billion (market capitalization) Hong Kong real estate investment firm, was sentenced to five years in 2014 and ordered to pay a $500,000 fine for giving an $8.5 million bribe to Hong Kong’s former chief secretary, Rafael Hui. Kwok denied involvement. His brother and the former co-chair of the firm, Raymond Kwok, was cleared of all charges. On March 21, 2019, he was reportedly released after serving slightly more than three years of his sentence.

Behind bars: 2 years of a life sentence

The most infamous, if not the most dangerous, billionaire on this list is better known as El Chapo. A longtime leader of the Mexican Sinaloa cartel, Guzmán Loera twice escaped from Mexican prisons but was then captured and extradited to the United States in 2017. He was convicted of 10 counts of narcotics trafficking and money laundering in 2019 and is now serving a life sentence plus 30 years in the U.S. Guzmán Loera was also ordered to pay $12.6 billion in forfeiture. The cartel has imported hundreds of tons of cocaine into the U.S. and controlled up to 60% of Mexico’s drug trade.

Milken pioneered the high-yield bond strategy for corporate mergers and acquisitions while working at investment bank Drexel Burnham Lambert in the 1970’s and 80’s. In 1986, he was implicated by former arbitrageur and co-conspirator Ivan Boesky for insider trading and stock manipulation, which led to an investigation by former U.S. Attorney Rudy Giuliani. In 1990, Milken pled guilty to six counts of securities and tax violations, was ordered to pay a $600 million fine and agreed to cooperate with officials in continuing investigations. He served two years in prison and was also barred from the securities industry for life. In 1993, soon after he was diagnosed with prostate cancer, he launched the Prostate Cancer Foundation, on whose board he still sits. In 1998, he paid $47 million to settle an SEC complaint, which claimed he violated the terms of his securities ban. Milken now chairs the Milken Institute think tank, which produces the annual Milken Global Conference in Los Angeles, the Davos of the West Coast. 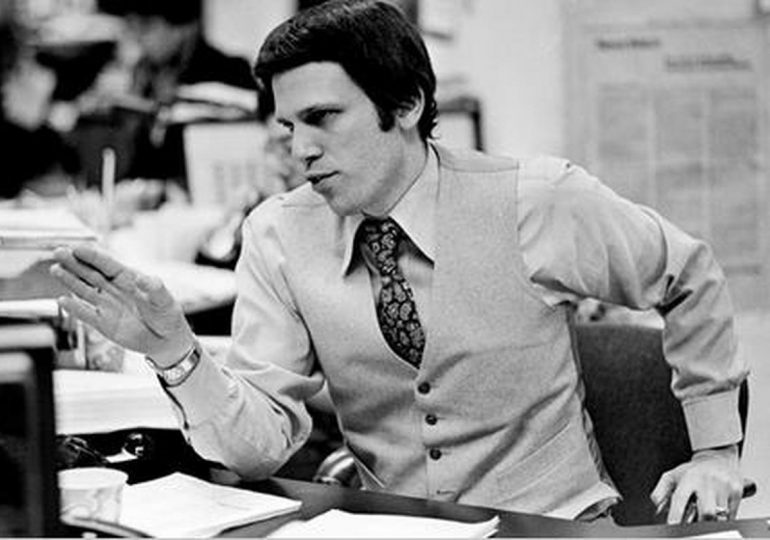 In 2017, Lee, the vice chairman of Samsung Electronics, was sentenced in South Korea on bribery charges, which were tied to the eventual impeachment and imprisonment of the country’s then-president Park Geun-hye and her confidante, Choi Soon-sil. Lee reportedly bribed Choi with $38 million in an attempt to win approval of the merger between Samsung C&T and Cheil Industries. The deal would have resulted in a big payday for the Lee family. Lee denied any wrongdoing. He was released on appeal in February 2018, after serving a reported 11 months in jail. Lee is apparently facing a retrial that could send him back to jail on elevated bribe amounts, including a gift of horses valued at $2.8 million for Choi’s equestrian daughter.

Net Worth: At the time of his death, Taubman was worth $3.1 billion

In 2001, the former chairman of Sotheby’s auction house was indicted along with Anthony Tennant, the chairman of Christie’s auction house, with conspiring to fix auction commission rates charged to U.S. sellers in violation of antitrust laws—from 1993 to 1999, they charged at least $400 million in commissions. Taubman vigorously denied the charges against him, but was sentenced to a year and a day in prison. (Tennant reportedly could not be extradited from London, under English law, and never stood trial). Taubman (d. 2015), who became a billionaire building malls throughout America’s suburbs, served nine months. He was released in May 2003. “I had lost a chunk of my life, my good name and around 27 pounds,” he wrote in his memoir, Threshold Resistance: The Extraordinary Career of a Luxury Retailing Pioneer. 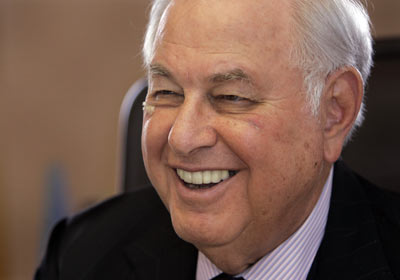